Across the drive from the Service Wing lay the nursery garden, providing fresh vegetables and fruit. The Head Gardener lived in the Lodge, and behind it was the home farm. From here fresh milk, eggs, butter and cereals could be taken immediately to the kitchen on demand. A gate in the opposite wall and a short flight of steps gave access to the ice-well, where ice stored in the winter was so well insulated that it lasted all year for cooling wine and making ice-cream.

Some way in front of the mansion house's main entrance is a 'Ha Ha'. This is a ditch which runs north from the eastern gate and forms the boundary of the north garden. It was meant to keep farm and wild animals out of the garden while providing an uninterruptable view of the house from the park. People were said to cry 'Ah ha' in surprise at discovering the ditch. For health and safety reasons the edge of the 'ha ha' is now hedged. 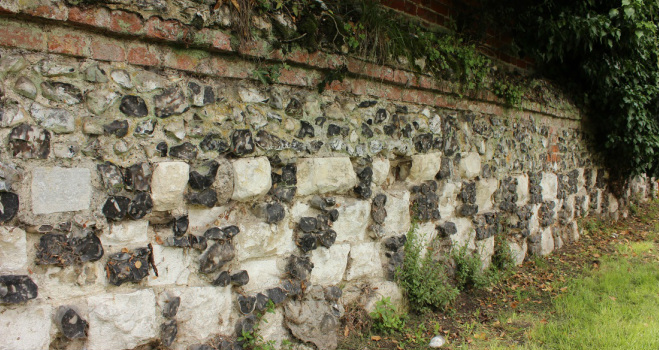 When you step through the garden gate in the east wall you enter the beautiful formal gardens behind Nonsuch Mansion which was famous in both the 18th and 19th centuries. On the left of the garden gate are the remains chalk and flint block wall thought to be part of the Nonsuch Palace outbuildings.

Just past this wall is a splendid wisteria. In 1860 Swete's Handbook of Epsom describes a 120 feet (36.5 metres) in the formal gardens. On the right are a set of flowerbeds beside a rose tunnel. In 1849 William Keane mentioned this walkway as a “trellis walk”. The sundial appears on the OS map of 1913 and the flower beds around the vase date back to the 19th century but the vase is a more recent gift. The charming cast iron horse trough with hoofs by the east wall may be the same as one seen an early 1900s photo of Cheam Lodge. 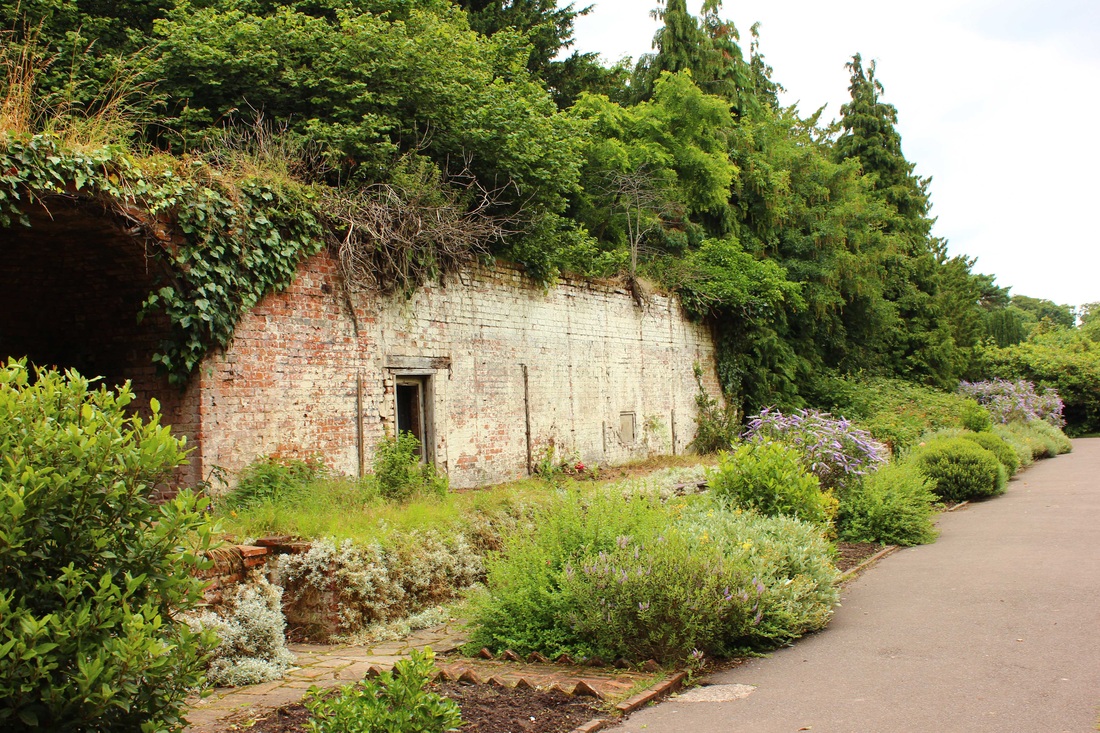 At the back of the formal gardens is the Terrace built by William Francis Gamul Farmer in the 1840s. It was described by William Keane as “adorned with vases and terminated at one end by a seat”. The vases may well be the same as we see today. In front of the terrace is the glass house site. From 1844 until the late 1860s Mr Samuel Carson, the head gardener grew prize winning orchids, azaleas and tender plants here. It is still possible to see the walls of these glasshouses and at one end the gate stop.
Behind the terrace is the Pinetum which was planted in the 1840s. Initially planted with cedars and redwoods, it was later planted with atlas cedars, pines, firs, larches as well as a gingko, a tulip tree and cut leaved beeches. At the end of the terrace next to the stone lions is a small enclosed area which provided protection from bad weather for young seedlings prior to their final planting.

Walking back to the house from this end of the terrace you will pass the Dell. In the mid 19th century Thomas Whateley landscaped this old chalk pit. Creating channel to give a natural effect and planting trees. The vast London plane tree would have been part of this initial planting.

There are many pictures of the Farmer family in the formal gardens but it should be noted that on a regular basis the gardens were opened by Captain William Robert Gamul Farmer for the local children to enjoy at their annual summer school feast. The 1869 Cheam Parish Magazine refers to one such event and describes the setting as “the beautiful flower garden”. A description that still fits these gardens today and we hope may continue to be applied in the future.

Nonsuch, being surrounded by an urban area is a haven for birds and so a lot have been seen over the years. The Nonsuch ponds are the home of two adult moorhens who have been seen to be bringing up young in spring, the ponds also attracts a few heron pairs when the water level is high enough. All three species of woodpecker have been spotted in the park as well as over 70 species of bird including those listed below - 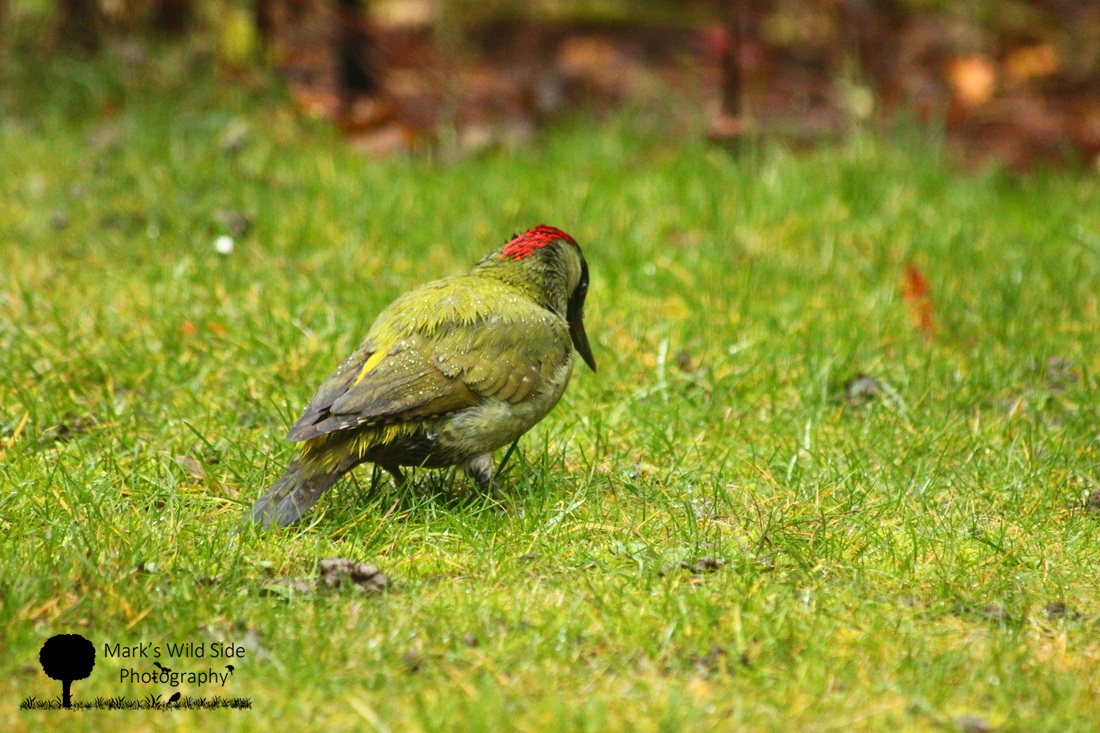 Nonsuch is rich in wildlife of all sorts and your best chance of spotting bird life is to arrive early in the morning and look in the area around the banqueting house and 'site of' the palace. In the top fields the Nonsuch Kestrels can be seen hovering and hunting in the late afternoon, a sight that you would never forget. Butterflies are numerous and can be spotted in the open meadows or the coppicing woods during spring and summer.

For more information on specific wildlife in Nonsuch or to record something you have found or spotted then please contact the Nonsuch Watch wildlife group or Mark Turner on our contact page.
​The Friends of Nonsuch (registered charity number: 1053923)
Enquiries to [email protected]